One word for the New Year. 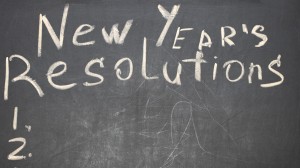 Growing up, New Year’s Eve meant eating chili on the couch, watching the ball drop, and each of us declaring to my mother (the family scribe) our New Year’s resolutions.

All were recorded in an innocuous notebook with a cover the color of dried peas.

If we didn’t make them for ourselves, she did. My father’s made-for-him resolution every year? Lose ten pounds. 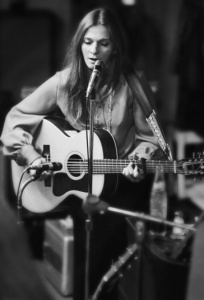 Mine was usually to be less scatter-brained.

Looking at that book I see one made in high school, definitely by me: to sing as well as Judy Collins.

No one in the family lived up to those vows, no matter who had made them. From the get-go I knew this was a system that broke down somewhere between plan and execution.

But after leaving home I still made resolutions in a notebook of my own:

The resolutions are numbered and everything.

At the end of each year I’d report back to myself, writing down what I had accomplished, which was never everything on the list. Sometimes I even wrote an excuse note to myself, explaining what had kept me from making good on my promises.

I made those resolutions every year, always believing this would be the year I’d fulfill the promises I was making to that sheet of paper:

Exercise daily, read the classics, turn out ten pages of fiction a day.

But the list was too complicated to keep in mind and so the list was forgotten as life monkey-wrenched my intentions.

Then my friend, Amy Kirk, a South Dakota rancher, gave me a better idea.

Choose one word, one single word, for the New Year.

One word suggests, not a destination but a direction. Go this way.

The idea appealed to me. 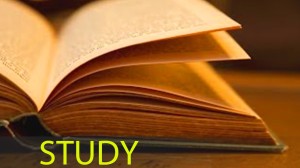 I taped it to my computer tower and followed that directional arrow all year long.

I’ve been a fiction writer for over thirty years, a writing teacher for perhaps fifteen, and an editor for five or so, but my training is in art, so I have used the year to drill down on the craft of writing, to get under the hood.

I took notes. I analyzed.

It was a year of studying what has always been more like breathing, and still is when I write. But when I come back to reread what I have written, or to teach or edit, I now have a more informed way of critiquing what I am looking at.

It was a yearlong exercise that required discipline and a narrow focus. 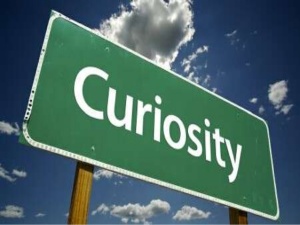 Now it’s time choose a new word to tape below the last one: CURIOSITY.

I might even splurge and add an extra word:

After the discipline of STUDY I want a year of random roaming that takes me out of well-worn ruts.

It is only in writing this that I have figured out why the old list-making felt so external, so dead.

When I write a book I begin with some small event that suggests a direction for the narrative. Any sense of where it is going is vague. All I have to get me started is direction, not destination.

My one (or maybe two) word goal for 2018 is an arrow that stands at the cross-roads of the old and new years, suggesting, how about going this way? It is not a pass-fail arrangement like a promise to write 25 songs.

One word that gives the New Year direction.

It’s less embarrassing than admitting, one year later, that you still can’t sing as well as Judy Collins. Especially when a vow to SING would have produced a joyous success.

§ 7 Responses to One word for the New Year.

You are currently reading One word for the New Year. at Slow Dance Journal Blog.