Five things I know, and how I know them.

All the earlier selves are hidden inside the one you see, still there, preserved.

But unlike those wooden dolls, each of the selves hidden inside that old body is different.

One has skinned knees.

A second is reading a Nancy Drew book.

A third wears a prom corsage.

Another holds a baby in her arms.

I wish I’d known that when I was a kid seeing my grandparents as only that, grandparents. Inside each of them was a kid as young as I was, and on the outside, a kid as old as the one I would become.

I know about these hidden selves because, much to my surprise, I am old. And young. And everything in between. I am every one of those dolls down to the tiny one at the very center. 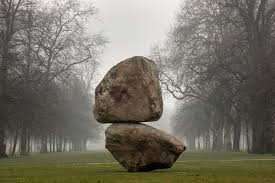 2. The inanimate is just the animate holding still.

Existence is an addition problem. It is the sum of everything.

It moves like a cloud shadow across the landscape but we are too distracted, too human-centric to notice.

We, the kinetic, the perpetually in motion, are not attuned to it, but if we become aware, the inanimate befriends and anchors us, it puts our insignificance into perspective. Feel that force and we understand that we are just one more number in that long, long addition problem.

I know, because I feel the life in the rock I rest against, and in the favorite sweater I wear year after year. Still my whirring self, and the company of all that is surrounds me.

Anything you do over and over. The crazy one-up stunt rarely kills you.

Most of us have luck enough to survive one massively stupid move.

But smoke, overeat, couch-sit day after day and, yup. It catches up.

Same goes for the good. One morning walk? Your heart won’t even notice it. But walk daily and your heart health begins to change. And the farther you get from the walk/don’t walk decision the more divergent the results will be.

To the good? I walk every single day–check out the heart!

. Violence is part of who we are.

We claim it is an aberrant side effect of testosterone, a legitimate defense of tribe and territory, a straight-line, quick-and-dirty solution to problems that would take too long to solve through compromise and reason.

We protest, violence is the exception, not the rule! We will resort to it just this once because we are right and they are wrong.

World War I was “the war to end all wars” until a second world war added that modifying numeral.

Nature has moments of violence but they are enacted without malice. Human violence comes with blinding justification, a willful other-ing of its target. Human violence marches, chest out, under a banner.

I know because I am watching as the flames of violence are fanned all around the globe, hearing the roar of US versus THEM.

We have the ability to burn life as we know it to the ground. And who will care whether the winner was US or THEM?

We  can choose nonviolence, but first we must acknowledge, violence is a part of who we are.

5. You can harmonize with anything that has a voice.

It doesn’t even have to be alive.

The hum of an engine, a refrigerator, a ceiling fan, each provides a drone note that invites harmony. Try it. Hum a third or a fifth above or below the tone.

There is a oneness that comes when your note joins another. If you want to be more a part of all that is, add your harmony.

I know this because I have chorused with air conditioners, and the wind rounding the corner of the house, choirs on creaking risers, and guys with guitars.

Note: These random observations were my own response to an assignment I gave to a group of writers, each of whom had to write five things they knew to be true.

Feel free to add something you know and explain how you know it.

Collectively we just might generate a compendium of truths.

§ 7 Responses to Five things I know, and how I know them.

You are currently reading Five things I know, and how I know them. at Slow Dance Journal Blog.