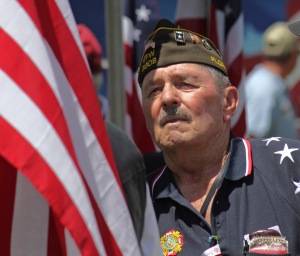 For me, songwriting usually begins as a back-and-forth with my guitar. Noodling around, I find a loose thread of melody and give it a tug to see if a song is attached.

Then a bit of lyric comes, the melody choosing the subject it will take for a ride. Little by little, the song reveals itself. The message of the song may be powerful, emotional, but the process isn’t. It is the equivalent of doodling, or casting a line into dark waters to see if anything bites.

But once in a great while a song wells up. It pours out as if from a reservoir I didn’t know I was carrying. This uncontrolled outpouring is always triggered by an emotional disturbance so profound it overwhelms the logical it’s-okay side of my brain.

Back Home is that kind of song. (The title is the link to the video).

I was on my way to a music practice when I saw a man driving the car ahead of mine. From the back he was my father.

My dad was distinctive from the back. A Swede, he had a large, square head, shiny and bald with a hula skirt of hair that ran ear to ear.

Seeing my father, who died in 2007, driving, and knowing it could not be him made my hands shake on the wheel. It brought back fresh the year after his death when I lived in the dark of missing him.

I thought, I’ll pass this man who isn’t my father and my logical brain will explain to the kid in me who feels like she just lost her dad all over again that it’s okay, that time has passed, that things have leveled out at a new, safe, normal.

I passed the man who, from the back was my dad, glancing at him as I pulled even, and he was still my Dad, and a rock was thrown into the placid waters of my subconscious and Back Home rose from the silty bottom. 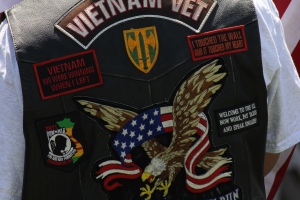 The subject, a young woman widowed by the Vietnam War, had nothing to do with my Dad, except when it came to the depth and permanence of her loss.

As I drove the last mile to Craig’s I began singing, pouring the sorrow I still felt over my father’s death into something more manageable. A song.

“He died in a place she could barely pronounce, seven more dead TV man would announce. Details were scant. Conflicting accounts, but they’re sending his body back home.”

I parked on the street and scribbled what I had on the back of a receipt picked up off the floor of the car.

Below our conscious mind, the mind that assures us there is order and control, is a vast, subterranean other-mind that knocks the wind out of us when it rears up.

It shuts reasoned thinking down with an uncontrolled physical response.

It provides moments of certainty without proof.

It overpowers thought with emotion.

It demonstrates that nothing ever falls into the safe past, that consigning things to the past is just the illusion that allows us to go on.

It mostly lies dormant, or perhaps it flows along, ever-present beneath the hum of thought, but it can wrest control from the overlord-mind in an instant.

For me when that other-mind is prodded awake it can flood me joy, distress, despair—or a song.

It is Memorial Day weekend now, maybe this song will speak to our shared losses, remind us of what this day honors, trigger a memory of someone who is gone with the full force of sorrow, yes, but the full force of joy as well.

I hope you will listen.

Note: Click either of the bold titles to watch the video and hear the song.

§ 4 Responses to Back Home.

You are currently reading Back Home. at Slow Dance Journal Blog.