I don’t know when I first began to see a chink of light between my body and what I considered to be me. 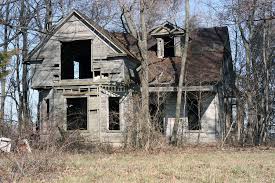 Growing up I was that knobby, scrawny body, the bushy black eyebrows, the thick plait of hair that hung heavy.

I was the motion of swinging arms and failed cartwheels, the flicker caught in the very corner of the floor-length mirror in ballet class, noticeable only because it was out of sync with those dancing at the front of the room.

I was what others saw. My inside self was too busy watching their reactions to live a separate life, and that self had little experience or memory with which to build.

With age, that inner self grew and for a while that outer physical self and the self within, having reached a state of equilibrium, were one. For many years I took that integrated self for granted.

But at some point a few years ago, body and self began to uncouple, the greater part of me had become thought and experience, my body a dear friend and constant traveling companion.

My body, which had for my whole life been on the rise, growing and maturing began going through the involuntary changes enacted by time; it had begun to diminish.

Meanwhile, the me that was composed of thought and spirit continued to grow. It was, if anything, more alive than ever.

I explain many things to myself through metaphors, metaphors that change as the situation changes. My body as traveling companion and dear friend has lately been replaced by the image of an abode.

My body is where I live, temporary housing that, like anything material will collapse under the weight of time.

I realized that a change had occurred when I began to question the expectation that the body, that loyal companion, must suck it up and do whatever is demanded of it, and if it doesn’t respond it is a failure of the person within to influence that old friend.

Over time the body becomes incapable of doing just any old thing the inner self can imagine.

On the wings of thought or hope the spirit can float at any age. The body becomes more and more subject to gravity.

Over the holidays we all got a stomach bug—and then I picked up a secondary infection, this one respiratory that settled in my vocal chords. It was not a failure of will or grit that I did not force out a song, proving that I am a singer no matter what.

The music continued to thrive inside me, but I couldn’t tax what is no more than two folds of skin into making noise when they were in such obvious trouble.

Vocal cords (and knees, backs, hair follicles, hormones) are part of the physical world. Time and gravity, wear and tear all apply.

I keep up the repairs on this old house. If the roof leaks I’ll fix it, not just shove a pot under the drip. But I know I am just buying time, keeping my stay here as comfortable as possible.

This body in which I shelter is my current address. I don’t plan to move out soon, but I don’t control that either. And whether soon or at some distant date, moving day will come.

The sad thing is that I won’t get to leave a forwarding address.

But I’m an optimist. I bet my next home will be just fine, and maybe just as temporary.

It seems to me that the  only reliable constant is change, which makes me think that perhaps we exist to learn and adapt.

This body, this life, even this earth may be experiences we pass through on our way to understanding.