The Never-Ending Adventures of God: Stone on Stone 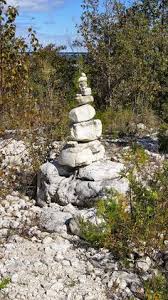 Most of creation behaved as he had expected.

In the flicker of time allotted, each lived fiercely and died without fuss, returning the physical elements of existence to the earth, and the spark that was life to the stream from which all new life flowed.

They did not have to understand these rules to follow them.

His favorites were the birds. For them he had created the towering thermals.

Soaring upward on those thermals they rode their moment, alive. alive.

But those who had lately reared up on two legs rumbled with discontent, questions, ideas.

Instead of allowing their dead to rot on the ground they practiced elaborate farewell rituals. They buried the bodies and marked the places; they could not forget.

They visited their dead and spoke to them, asking for help and guidance when the life force that had been that ancestor, that friend, had moved on to become tree or flower or a swarm of bees, carrying no memory of the life left behind.

They yearned for a next life imperishable, one in which they would retain their earthly selves, but perfected, and that yearning wearied him.

He wanted to tell them, immortality is a burden. At times he envied the restful state of not-being they all feared, of consciousness let go and scattered, of waking again as a hillside of grass in the wind.

Why couldn’t they see, the brevity of their lives was what made life vivid? They sought to be the one exception to the rule, but they were not built to be eternal. Like the birds they were built for swift and thrilling passage.

But they were not satisfied with the brilliant moment he had given them. They wanted immortality, and they set about bargaining for it–because unlike the rest of creation, they sensed that he was there.

Turning their faces to the sky they studied a place which was both near and distant enough. The god they sought must reside somewhere in the sky over their heads.

Some of these mortals who searched for him felt singled out, sure that they had glimpsed him, although had they truly seen him they would have sizzled like a raindrop on a hot rock. 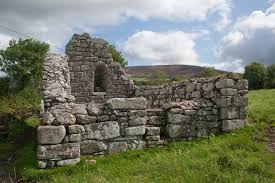 But having sensed something that changed them, they painted themselves and stuck feathers in grease-matted hair.

They were seen by others as having one foot on the humble earth, the other in the stars.

At the urging of those who were afflicted with such visions, the people began to build toward him, stone on stone, as if they could reach him with their spires and they’re prayers.

The nattering of their pleas wore on him. Assure us we are eternal, they begged, made in your image.

In time, he would have to do something about it.

For now he went back to watching his birds ride the thermals, alive, alive.

Note:To read the earlier episodes of the Never Ending Adventures of God click the tab on the left.

§ 6 Responses to The Never-Ending Adventures of God: Stone on Stone

You are currently reading The Never-Ending Adventures of God: Stone on Stone at Adrian Fogelin.