It was only after he turned the churning universe loose that he realized he had, until that moment, been adrift in unbroken calm.

Into the absolute state of “I am,” with its drone note of continuous thought, he had introduced noise and heave and spin. Stunned, he sat down, and he watched. 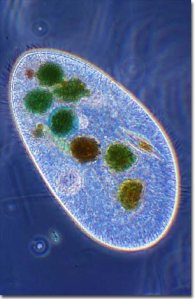 At first, he saw all he had flung obeying the laws of motion he had devised when the universe was still in the planning stage.

But the speed and force seemed so much greater than he had envisioned; he’d put quite a spin on this thing.

Guess I don’t know my own strength, he thought.

Of course he had predicted what was now happening. In the long forever of thought-without-end he had imagined all of it.

But it was different watching the potentialities play out as he sat, elbows on knees, and observed.

It did more than please his sense of logic—his universe was also beautiful. Colorful. Bright and shimmering. Incredibly hot. Incredibly cold. He felt an urge to put his arms around it but no, he had turned it lose to be itself.

And now that it existed—this pulsing, shining universe—he was no longer a singularity. It was only as he watched it that he realized his former aloneness.

It had never bothered him. It was only now that he felt sorry for the dark stillness of what he had been, and his existence cleaved into a solitary then and this rambunctious, crowded now.

Something caught his eye. Something that surprised him—at first the feeling of surprise itself took him by surprise. There had never been cause for surprise in the deep silence of himself.

But it did yearn, and what it yearned for was to be. Its existence was infinitely short. And then it divided in two and the yearning was the same in each.

So, this was life. He had imagined it, but he had not imagined how keen it would be, how determined.

And he had not imagined how old it would make him feel. All powerful and eternal, he had gotten sluggish.

Perhaps life had something to teach him. And so he watched.

Note: To read other episodes of: The Never-Ending Adventures of God, click the tab on the left.

§ 4 Responses to The never-ending adventures of God: Life begins.

You are currently reading The never-ending adventures of God: Life begins. at Adrian Fogelin.