The never-ending adventures of God: Creation.

He sat adrift in the vast Now, alone with his ideas.

As they came to him he stored them in a metal container, the lid held shut with three screws. 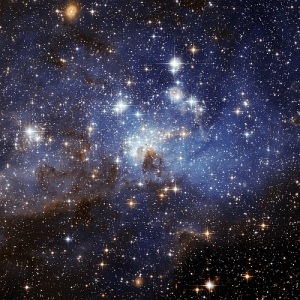 He liked the somethingness of that container (it being the first embodiment of the ideas, weight and mass).

He liked having someplace for the ideas to reside. But being God his ideas were big.

He added a note to the lid: Warning, contents under extreme pressure. Open with caution.

He invented the screwdriver.

Looked hard at the lid of the container.

Then set the tool down.

The container felt heavy enough, but he was not yet ready to call the job done.

All of what was in there emanated from him. Open the lid and it would be writ large across the void, beautiful and unchanging.

So into the container he thought a Now that left a trail of Thens behind it. Time, God sighed. But when he released all he had dreamed would Time do nothing more than add a hum to the enterprise as it glowed in its perfection?

He added one thing more; the itch of discontent, and that discontent had a name, and it’s name was change.

But the container was getting heavy.

He picked up the screwdriver. Hesitated. I can do this, he thought. I’m God. He unscrewed the first screw and thought of all the ideas untested he had put in that container.

And God experienced something new. Doubt. It was one of the things he’d put in the container. Must be leaking, he thought.

Doubt told him to read the warning engraved on the lid again. He did. Extreme pressure.

Then another, more boastful voice said, why would I, the Big I, the I-all-powerful, listen to Doubt.

But he did, somehow knowing it was necessary, even for the I-infallible as he took out the next screw.

The tool shook a little as he inserted the blade of the screwdriver into the slot on the head of the last screw.

I’ll put a hand over the lid and cock it just a little, letting the ideas out slowly. But having thought so big he was tired, his reflexes slow, and the pressure under which the contents was stored was indeed great.

In its eagerness to be, that universe-in-a-bottle gave a shove, and the lid catapulted in the direction that would come to be known as up, and every heretofore unknown thing from stars to light to dreams splatter-sprayed across the void.

God heard the first tick of time as creation shuddered into being.

And it was good.

Note: To read other episodes of: The Never-Ending Adventures of God, click the tab on the left.

§ 8 Responses to The never-ending adventures of God: Creation.

You are currently reading The never-ending adventures of God: Creation. at Slow Dance Journal Blog.