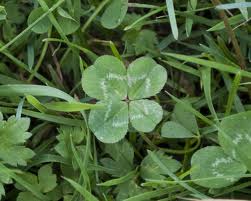 For me, song writing  begins with just such a luck-struck moment. Like my mother I let the universe know that it holds something I’ve never found but sure would like to.

To invite the universe to show me what it’s got I begin singing randomly, sometimes with my guitar in hand, sometimes with nothing but my voice—I write lots of songs in the car.

I recognize the four leaf clover as soon as I find it—an irresistible snatch of lyric or melody—“the hook.”

I know I’ve found it because it will not leave me alone. I am compelled to sing it over and over, and as I do it picks up additional phrases and bits of melody. Like that small, hard-packed snowball at the center of the huge balls used to build a snowman, it is the core of the song.

One day, driving home from practice with my singing/songwriting partner, Craig Reeder, these two phrases came to me: how long, and how long gone. I liked the repetition of “how long” and the added syllable in the second phrase.

By the time I made the turn off Capital Circle I was singing:

How long, and how long gone do you have to be

Before your memory sets me free

I knew I had one of those bluesy my-no-good-man-done-me-wrong groaners on my hands—if you’d been in the car with me you would have known it too.

Although my experience with no-good-men is scant, I seem to write a lot of songs about them.  Sometimes a song leans back and falls into the arms of a tradition—like the blues.

The tradition takes a song writer like me, one who has never had the musical good fortune of having been done wrong, to the well and says, need some misery and heartache? Help yourself, girl.

Many of my songs tell stories—I write novels for my day job and the process of getting to the story at the heart of a song is the same. I picture a character in a setting. I feel the ache or exaltation in that character’s life.

Craig and I have written a song about a woman in a dingy apartment with a man who no longer loves her who dreams of France: I hear love is better in France, in France our love might stand a chance.

And one about a lonely ticket seller in a movie theater box office who watches for a certain customer: I notice you every time, you’re standing in my line, buying one adult ticket to the double feature show.

And the story of a college student who falls in love while working a summer job dishing up clam chowder on Nantucket: He sits by the ocean and calls the waves in, and touches me gentle like sunlight on skin. I wait at the dock for his boat to come in. The sun falls in the sea and another day ends.

Sometimes a song is a dart that smacks the wall and quivers just over my head it has been aimed at my own life so closely. Those are the songs that cost the most to write.

Today, along with this post I have put up a new page called “Slow Dance Music.” It is about the stories that generate the songs we write and is accompanied by links to recorded versions of the songs.

The first song I’ve written about is “Easy.” This is one of the songs that came, at great expense, out of my own life. Although I am well disguised, I see myself on the front porch of the song, gazing into the twilight and seeing life’s limitations. When we wrote it I had just been hit by a truck and much of what I had always taken for granted was suddenly out of reach.

To read an earlier post about my songwriting-while-driving method click here (apologies for the fact the link in the post is not active).  This vehicular songwriting method may explain my sudden encounter with that truck. One second I was singing and the next…I had crossed April and May off the calendar.

You are currently reading Finding the four leaf clover. at Adrian Fogelin.