Want an easy organizing principle for a picture book?  Look no further than the good old alphabet.

A is for aardvark. B is for baboon.

I sometimes assign the creation of an “A is for…” alphabet to adult writers as an exercise. Each must choose a subject to give that humble list shape:

“Words Sixth Graders Think are Really Funny.” Anyone care to guess what “F” is for? Hint: it has four letters one of which is not U.

END_OF_DOCUMENT_TOKEN_TO_BE_REPLACED

It’s been a year and a half, easy, since I first met Socko Starr, and boy has he changed!

We both have–it’s hard to say who exerts the greater influence over the other; the writer or the character.

Because of the way I work, words spill onto the page before I’m sure where I’m going or who I’m traveling with.

Take Socko. When I began putting him on the page I assumed he was small. Lack of size only added to his fear of the local gang terrorizing his apartment building.

But it wasn’t long before he informed me with some embarrassment, that he was BIG. When it came to standing up to the gang leader, Leon, size wasn’t his problem. Maybe he really was a “leaf eater” like his friend Damien claimed.

END_OF_DOCUMENT_TOKEN_TO_BE_REPLACED

I first heard the song on Hober, an internet music station that generously plays everything from klezmer music to throat-singing to bootleg Bob Dylan.

“You low-down alligator, just watch me soon or later, gonna catch you with your britches down.” The lyrics stopped me cold.

I wanted to sing a song that included both alligators and britches (in the down position). Who wouldn’t?  Plus the singer sounded sassy and while I can’t do big or brassy I can usually muster a respectable amount of sass.

END_OF_DOCUMENT_TOKEN_TO_BE_REPLACED

If your friends jumped off a cliff…

Experiment: Fill a meeting room with smoke and see what happens.

Outcome: The meeting continues with no mention of the smoke.

When asked why they didn’t speak up (yes, this was a real experiment) the meeting’s participants said they were waiting for someone else to mention the smoke. Since no one did, each figured the situation was normal.

Conclusion: Endorsed by the group, almost any behavior, no matter how crazy or harmful will continue indefinitely.  When “everyone does it,” no one person can be held responsible.

This post is about some of the things “we,” the collective, sanction.

END_OF_DOCUMENT_TOKEN_TO_BE_REPLACED 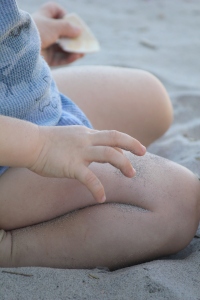 It’s pretty standard issue, a body. Every one of us gets one at the beginning of this trip. It takes a while to get the hang of operating it, coordinating hands and eyes–stuff like that.

Some of us wear bodies that feel borrowed, like someone else has dressed us—for life.

Some get bodies that are defective or just plain ugly.

But in terms of function, they’re all the same. A body is a vehicle; it’s just that some of us rattle around on roller skates, while others tool in Maseratis.

The distribution system seems random and not particularly fair, but there is no Better Business Bureau with which to lodge a complaint.

END_OF_DOCUMENT_TOKEN_TO_BE_REPLACED

You are currently viewing the archives for September, 2011 at Slow Dance Journal Blog.