The kid who disappeared. 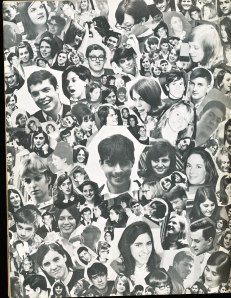 I woke up in the middle of the night and I thought about him, the kid who disappeared.

He was riding his bike to school but never got there.  They found the bicycle beside the canal, but never a body.

We were sophomores at Princeton High when it happened.

I didn’t know him well, no one I knew, knew him well.  And as I remember it, when suddenly we were all talking about him, it seemed that nobody did.

We had seen him around. in the hall, in class, a tall skinny kid with curly hair, ironic and sarcastic.

Someone said he was smart.

Despite the abandoned bike, I never believed he was dead.  I imagined him on some kind of magical mystery tour, or, bolder than the rest of us, that he had left to start a new life somewhere else.  Both explanations seemed more plausible than death, which only happened to people two generations above ours.

For a while we talked about him and wondered, rumors churned.  But we had choir performances to get ready for, tests, games, and I had a rock band that was perpetually practicing.  For the rest of us, life was rushing forward, each the center of our own universe.

I haven’t thought about him for years, don’t know why he came to me last night.  The memory is pale, snowed under by deep drifts of time.  But I still see his face, unchanged.

It is the rest of us who have disappeared, vanishing into adult lives, our faces altered by experience and time.

My parents had those same frozen portraits in their heads, multiplied many times over.  The friends they lost early were killed in the theaters of World War II.  My parents always called them “boys,” and that’s what they were.

§ 8 Responses to The kid who disappeared.

You are currently reading The kid who disappeared. at Slow Dance Journal Blog.